We received our official Advanced Title in the mail today.  I didn’t realize it but we received a gold level title which means we scored 96% or better in each of the disciplines.  Her started titled was a bronze so I guess it means that we are improving as a team….yeah us!!!

We were up bright and early this morning to drive to Red Deer to participate in Nosey Pawtner’s Sporting Detection Dog Association trial.  We had a slow start but a great finish  with lots of swag.

Spirit got a second place on the interior search component, 2nd place overall and she got her Advanced title today.  So proud of my big girl.  So now we have to move from the amateur steam and start competing in the working/professional scenting dog stream.

Throughout the photo shoot she had her eye on the cookie and couldn’t wait for permission to gobble it down.

We just finished our third and final Sporting Detection trial of the year. It was hosted by Nosey Pawtners in Springbrook Alberta.  The results were almost an exact repeat of our advanced trial in August.  Spirit got another perfect score in Containers, but we only got a second place finish this time because another dog also had a perfect score but finished faster than we did.

Then came the Interior search. Once again we failed to qualify because of handler error. Spirit found the hide but I could not tell exactly where it was. The judge picked up on my hesitation and asked me to point it out and I was off by a few inches. Darn it!!!  I should have called Spirit off the hide, circled back around and got her to indicate again. I may have lost points for calling her off the hide but we would not have been disqualified. Another great learning experience.

The final search was an Exterior instead of a Vehicle, which I think is much harder because there are literally hundreds of places for a hide in an exterior area.  We got a near perfect score of 59/60 and got third place.

Even though we only qualified in two of the three components, Spirit’s scores were so high that we placed 4th overall.  This trial was a little different.  Instead of awarding ribbons for 1st – 3rd in each component, they chose to give out certificates and dogs toys.  Ribbons were award for only the overall winners.  So we ended up with two certificates, one ribbon and 3 toys.  I would have preferred the ribbons but I think my girl likes the toys better.  So proud of Spirit especially since it has only been a few weeks since her emergency surgery to remove a blockage in her intestine.  A very big thank you to Judge Doug Teeft. 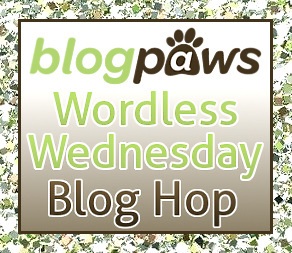